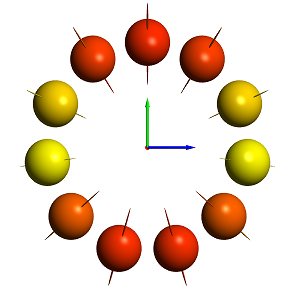 Additional types of bearings will be added in the future.

The inner geometry of the rolling bearing is provided by the user, but it can also be approximated from the load capacities by the software. The calculation returns the pressure distribution between the rolling elements and the reference life according ISO/TS 16281 for a given loading (force and moment or tilting). A simplified calculation of a deep groove ball bearing is also available online.

In addition to the calculation of a single bearing also bearing sets can be considered. Examples would be a set of angular contact bearings, a 8-point bearing for a slewing ring as combination of two four point bearings or a combination of cylindrical roller bearings in a planetary gear.

The following effects are considered: 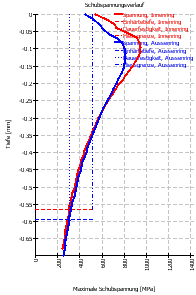 The most important results of the bearing calculation are:

Bearing databases with catalog data from SKF and Schaeffler (FAG, INA) are included. HQW, GMN, IBC and CSC provide encrypted bearing databases including internal geometry on request. The results of the bearing analysis are shown in a pdf report and as graphics. Further available resources are the software documentation, a brochure and an example report for slewing ring bearings. A demo version can be found under Downloads. The software is available in English, French, German, Spanish, Korean, Chinese and Japanese language, units can be shown metric or in the US system. For a first impression a Video is available.