It consist of a relief based on a circular arc which is tangent to the mid-point of the tooth width. The relief amount, which is measured from the corresponding end of the tooth, must be specified.

It consist of an increasing linear relief over the whole tooth width. So the slope of the relief line starting from one end to the other must be specified.

It consist of an increasing linear relief starting from a certain point until the end of the flank line. The relief amount and length, which are measured from both ends of the tooth, must be specified.

All in all, the user can make use of the existing ‘Line load’ and ‘Gap width’ graphics as guidance to establish a flank correction proposal which leads to an homogeneous line load on the tooth. For instance, having a look at the original teeth mesh condition of the first stage of a two-stage helical gear pair as shown in the picture, it can be noticed that the flank contact needs to be corrected as the teeth are being improperly loaded. 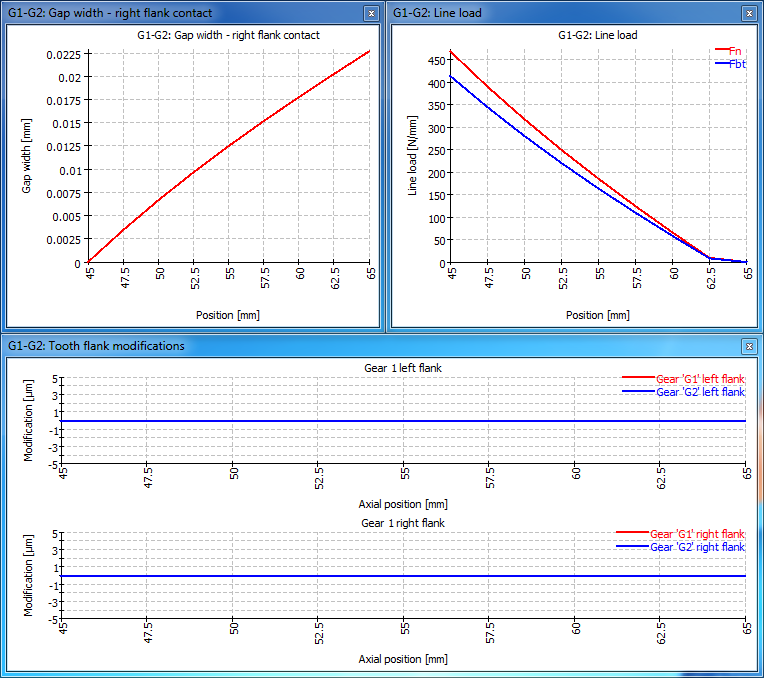 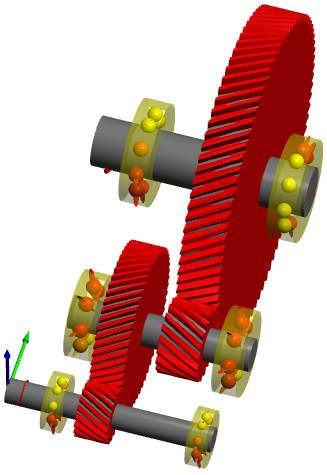 By carrying out a combined symmetrical correction based on a major flank line slope modification of -29 µm and a light flank line crowning of 3 µm, the tooth flank contact end up being optimized as it can be deduced from the resulting line load on the flank: 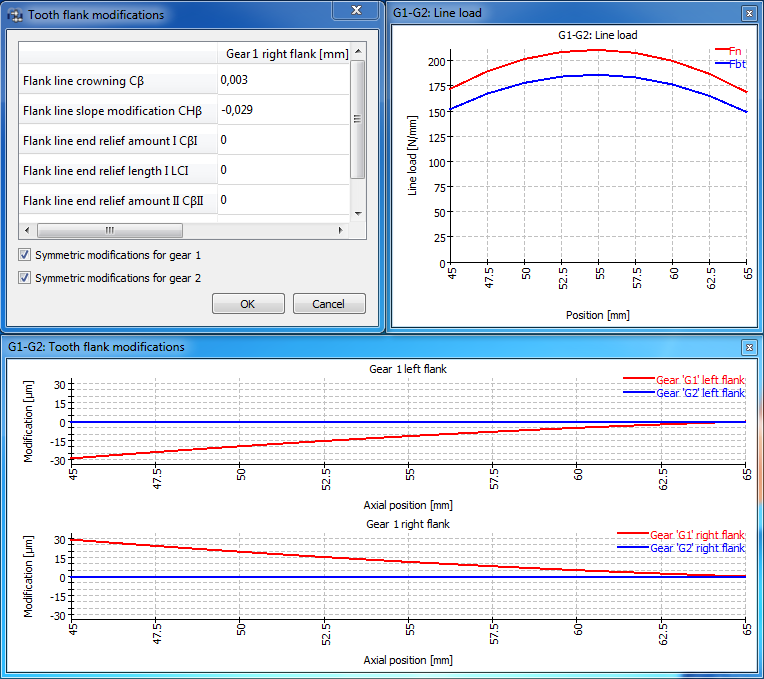 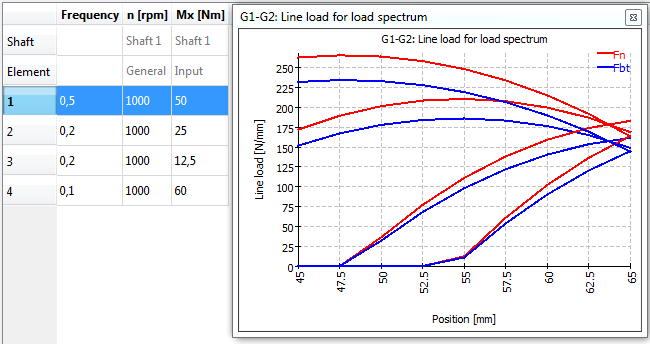